Have you seen March of the Penguins? It’s an amazing movie! One of the most remarkable scenes is when the Emperor penguins are all clustered together for warmth in stormy, sub-zero Antarctic weather. Many are trying to hatch their young, keeping them delicately balanced and nestled on the tops of their feet.

Without food, the nesting parents will perish, so one parent must go away a great distance to get food for itself and its partner.  When it returns to the colony, the challenge is to find its mate amongst the thousands of other penguins.

How do they do it? It’s cold. The darkness and driving snow kills all visibility. And there is a constant shifting of penguins from the outside where it’s coldest into the center of the colony. Worst of all, the penguins all look the same!

But they still find their mates! How do they manage? 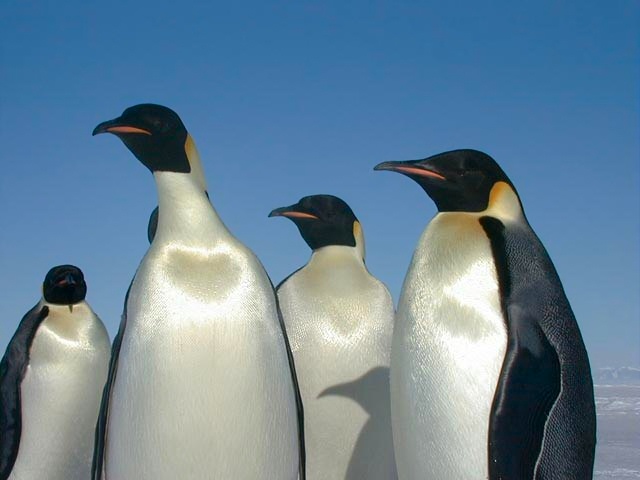 The answer, scientists say, is voice recognition. The penguin partners have tuned their hearing to recognize the distinctive and unique sound of their mate’s call. in short, they tune and they listen!

This reminds me of the challenge Samuel faced in recognizing the Lord’s voice in the sanctuary at Shilo (1 Samuel 3). Much was conspiring against Samuel recognizing the voice: the Lord’s voice was rare in those days and Samuel was deeply habituated to answer to Eli so that he at first mistook the voice.  Yet, the Lord insistently called him. Eli picked up on what was happening and instructed the young boy that when next he heard the voice, he should reply, "Speak, Lord, for your servant is listening." (v. 9) He did and this began a remarkable prophetic ministry.