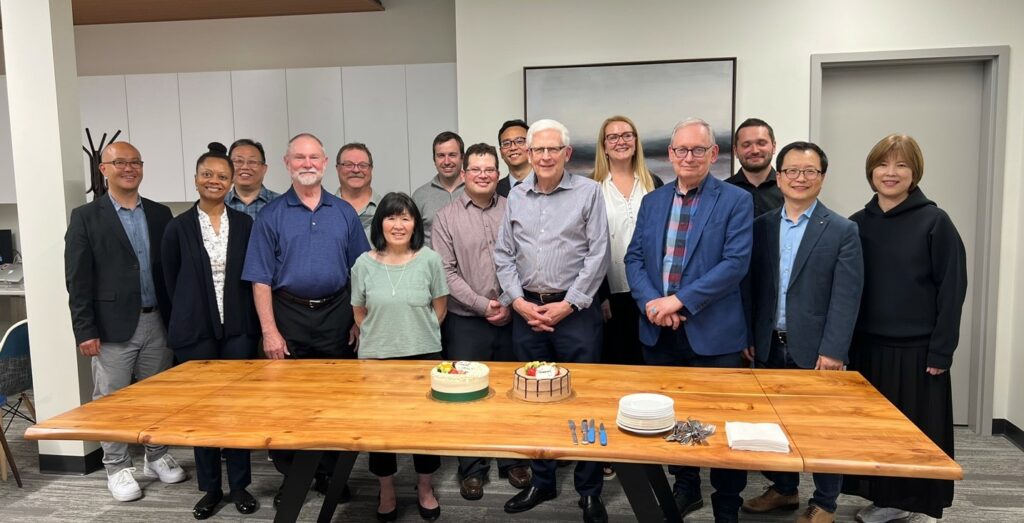 Within the Pacific Region of our Fellowship of Evangelical Baptist Churches God has consistently provided significant leaders to advance his mission. One of these leaders is Howard Andersen. This past May, we celebrated Howard’s retirement.

As an alumnus of Northwest (B.D. 1966), Howard went on to earn his Ph.D. in 1969 from the University of Manchester. He completed his dissertation under the guidance of F. F. Bruce, a leading, Evangelical biblical scholar. He joined the faculty of Northwest Baptist Theological College as a freshly minted Ph.D. graduate and was the first in a series of faculty appointments within Northwest who had doctoral credentials. Under his leadership as Dean and then President (1972-79), Northwest inaugurated its graduate division (1976).

After serving at Northwest, Howard became lead pastor at Ebenezer Baptist Church in Vancouver (1979-82). Howard then developed a venture capital company (1982-92). From 1993-96 he acted as Dean of Canadian Baptist Seminary (ACTS) and also began teaching statistics as an adjunct professor at Trinity Western University, as well as some biblical language courses at ACTS. He also served as interim Academic Vice-President at Taylor University in Edmonton (2003-04). In 2004 Howard became interim Academic Dean at ACTS, serving in this capacity until 2009. He returned to this responsibility in 2016, serving until 2019. During this same period (2013-22), at the invitation of Dr. Kent Anderson, Howard once again led the faculty at Northwest as Academic Dean. Howard also provided significant consulting assistance to Trinity Western University and Power to Change. 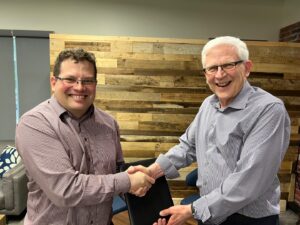 Howard’s involvement with Northwest Baptist College and Seminary has spanned seven decades, an extraordinary accomplishment. Without a doubt he has influenced several generations of Northwest faculty and students, making in this way a most significant contribution to God’s work, particularly in Western Canada. Dr. Kent Anderson, previous president of Northwest, shared his appreciation of Howard in these words:

The influence of Howard Andersen upon my life and leadership is incalculable. For decades he has listened to me, encouraged me, advised me, and shown me an impeccable example of faithfulness, courage, and relentless positivity. He has blessed me with his trust and with his help in more ways than I could describe. Our conversations were seldom short, but always satisfying. I will always be grateful for his place in my life and pray only the best for him as he moves into the next stage of his life. Thank you, Howard.

Howard Andersen has played a profound role in my life. To begin with, he brought me on to the faculty at Northwest Baptist Theological College. Then he became more to me than a wise leader - which he was! He became my personal friend, and over the years we have shared a few interesting adventures. I always appreciated his openness to a variety of ideas and actions and his steadiness in potentially stressful situations. I wish him God's most bountiful blessings in this new chapter in his life.

Ruth McGillivray, who first remembers Howard from when her father, Doug Harris, was president at Northwest, remarked:

For most of the past 53 years, Howard has served Northwest and ACTS as Professor, Dean (twice), Academic Director (also twice!), and President. His influence, insight and thought are embedded in the DNA of our school, and his posture of curiosity and care has shaped the lives of countless students, staff and faculty. It's been a privilege to partner with him in the leadership of Northwest, and I've deeply appreciated his friendship, wisdom and support during these last 16 months as Interim President. He's a much-loved member of our Northwest family, and there will always be a place for him here.

The strength of Northwest Baptist Seminary today owes much to the leadership that Howard has invested in it over these decades. Thank you Howard, for your years of dedicated service.